Callisto is named after one of the Galilean moons of Jupiter discovered by Galileo in 1610. Callisto is the 3rd largest moon in the solar system and is made of ice and rock (over -200F). It is the outermost moon of the four Galilean moons and doesn't orbit in resonance with the others so is rather isolated. I wanted to create a piece that was slow and atmospheric and had a sense of isolation. I created two scales on which the whole piece is written.

The moon Callisto the moon was named after the daughter of the King of Arcadia, Lycaon, who was a companion of Artemis, the chaste hunting goddess. Like all of the Greek mythological figures used to name the Jupiter moons, Callisto was seduced by Zeus and became pregnant. To protect Callisto and their son from his jealous wife, Hera, Zeus transformed them into bears and positioned them in the sky where he could watch over them. They were effectively banished.  The piece was completed in early February 2016. 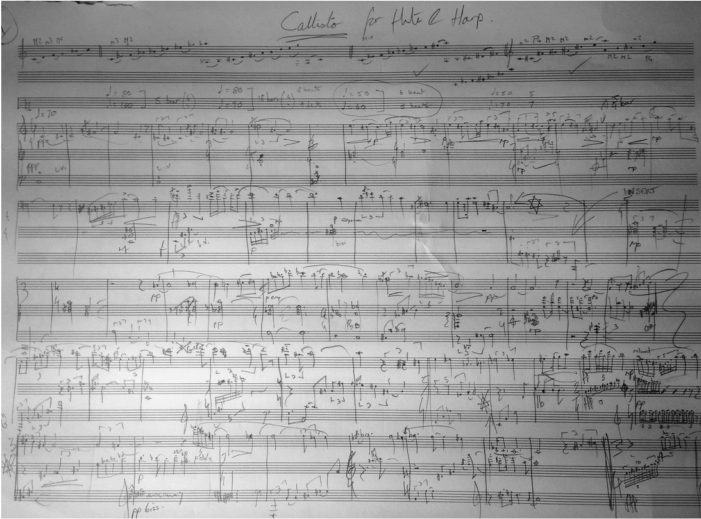